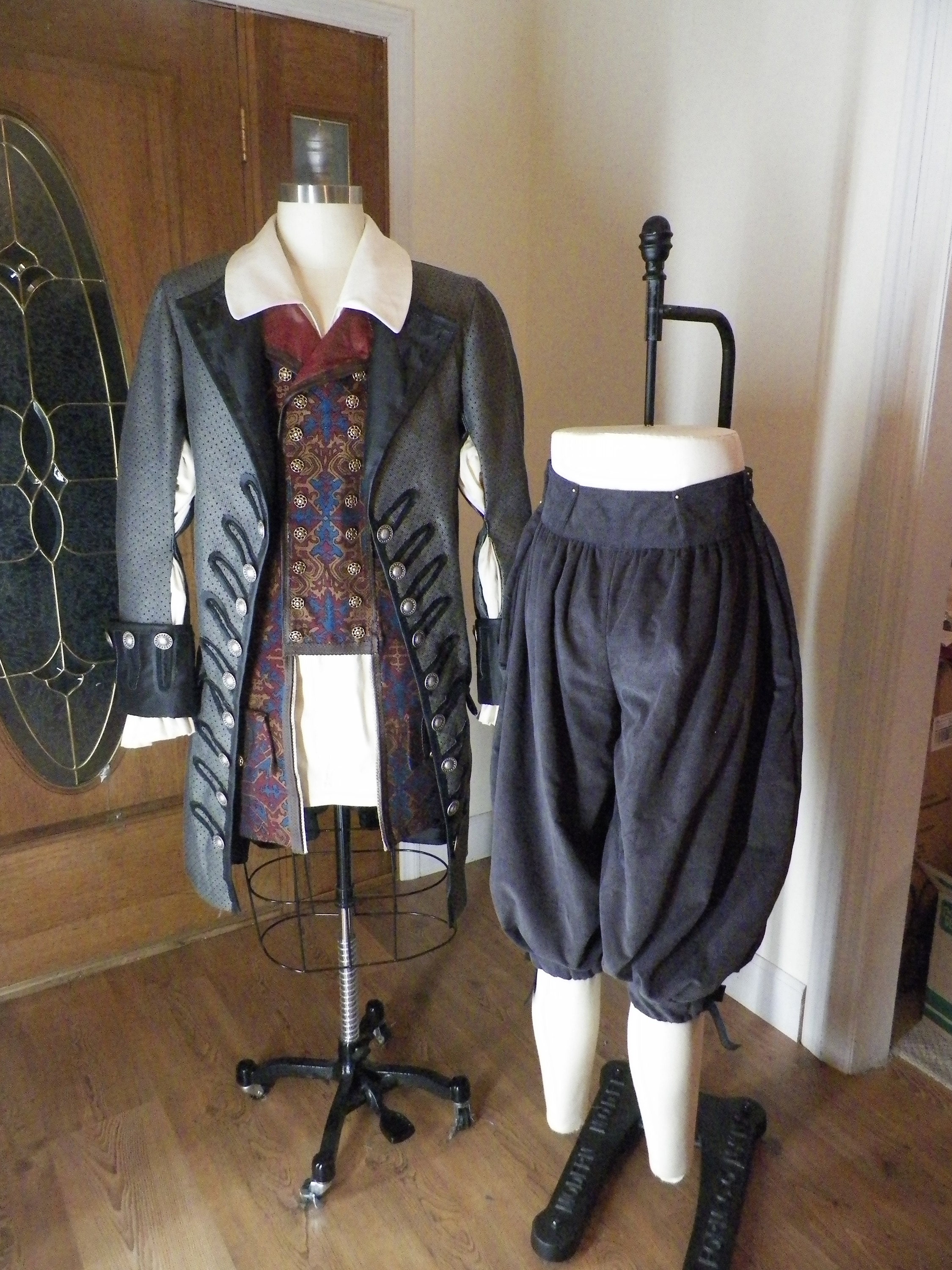 Here's a Captain Barbossa  frock set that had to be built identically to the authentic movie costume. The cosplayer that requested this set was very knowledgeable about the heavy duty details involved in building this set.  After 4 months of collaborating and planning, I began the journey into the Barbossa frock set world. Barbossa was in the "Black Pearl" movie.

I knew that the frock coat would be the most challenging part of the costume.

I was off the mark there. The entire frock set was challenging. So many details!!!

So many that there was a moment where I teared up and cried. After a 2 hour break, I gathered my courage again, and moved forward.  Six months later I finally shipped the most grueling work of craftsmanship and workmanship that crossed my path.

Here's how I crossed the finishline on the Barbossa frock set.  The cosplayer had a custom fabric company to weave the coat fabric , and the waistcoat/vest fabric. All of the  pure silk lining fabrics were purchased from New York Designer Fabrics. 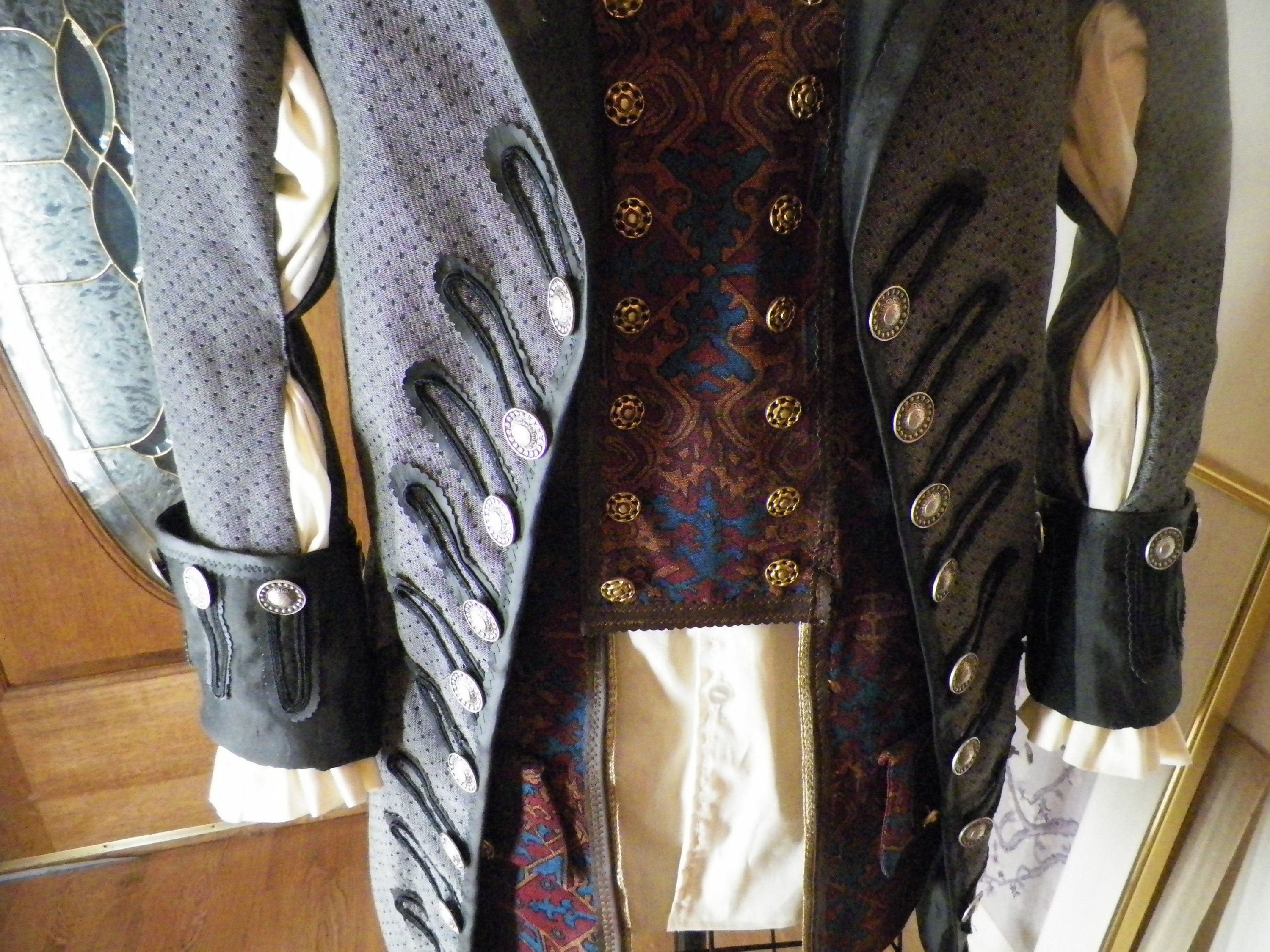 Buttonholes on the frock coat were leather, and had to be custom cut one at  time.   Stitching the buttonholes was a very slow process.  Same buttonholes in leather were on the coat cuffs. It's 2:45 am. Will be back later. Need some sleep. 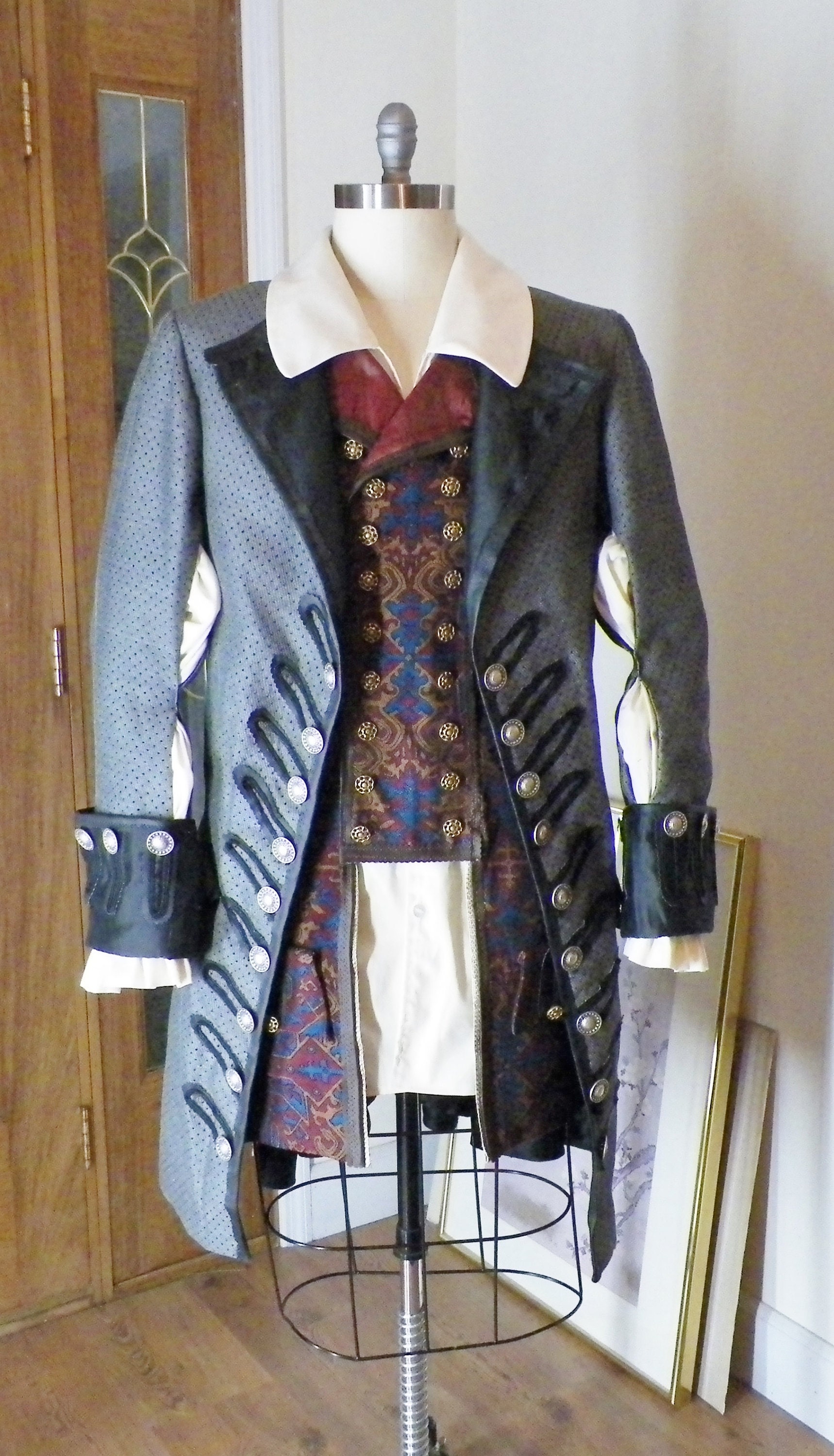 The swashbuckler's theme was very dramatic. The back of the coat featured a 360 degree rounded hemline. To ensure that the silk  lining rested exactly in its appropriate places , I hand hem in tailoring stitching. 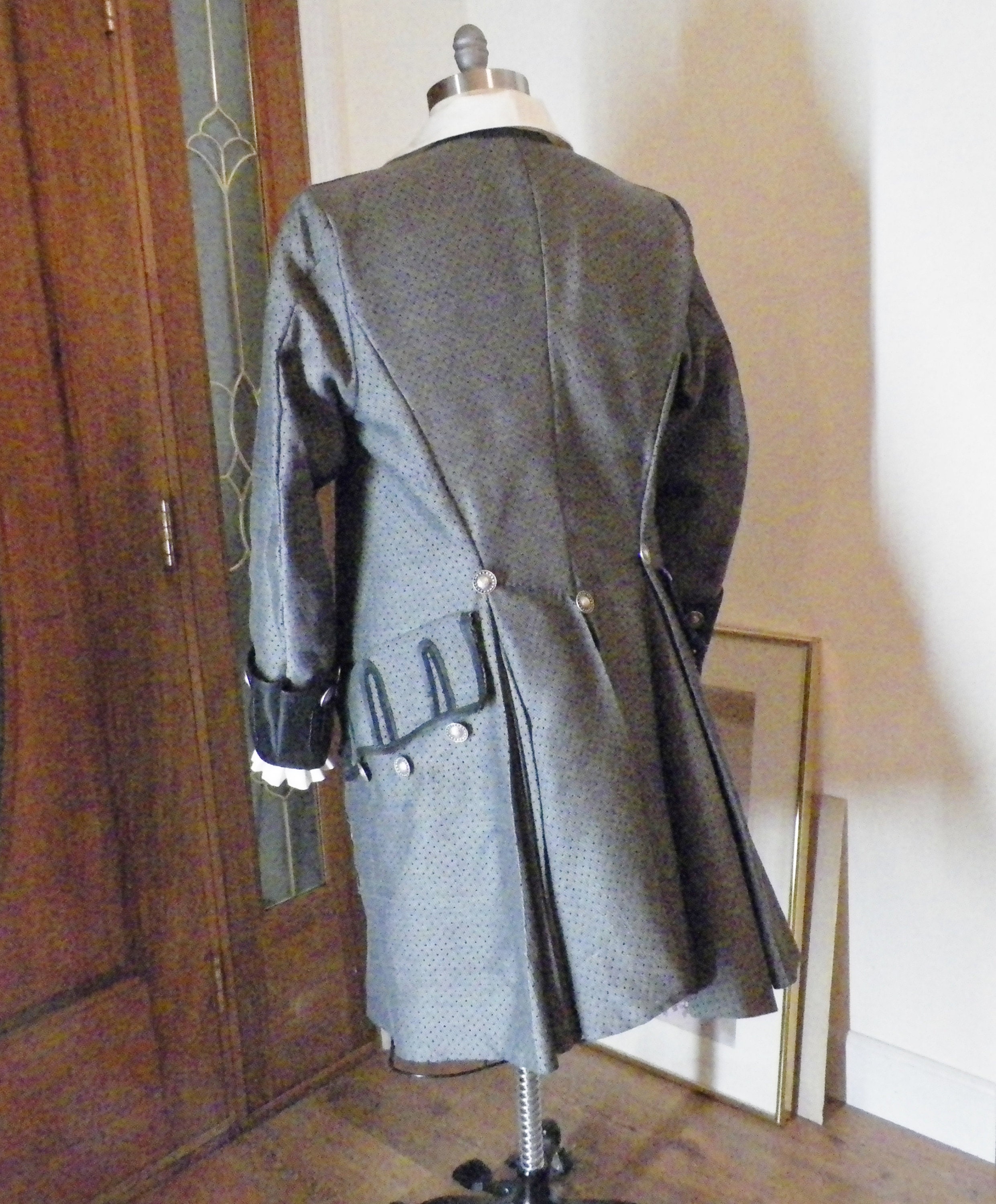 The hidden gores behind the two pocket flaps had hidden  pleating on both sides . When the pirates walked or made slight movements, those pleated gores would  make the most powerful motions.   I will be back with more details tommorrow.

Previous Post Purchased My Wedding Dress and Still not Happy! What Can I Do?
Cart (0)
0 items in your cart